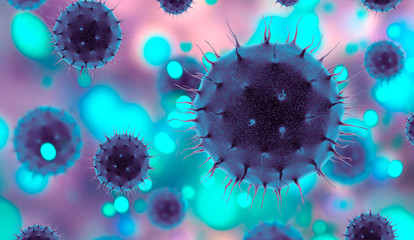 SAN JOSE, CALIF. — In 2019, the world first heard of the deadly Covid-19 pandemic through the news. In 2020 the world eventually faced off against the horrific disease which eventually broke off into different variants throughout the following years. Now the year of 2022 has brought on a new deadly virus: MonkeyPox.

MonkeyPox is a viral disease that can spread through animals and humans. The first case was found in the United Kingdom on May 6, 2022. This disease could result in serious symptoms that would lead to hospitalization or even death.

Symptoms of monkeypox include rashes, bumps or blisters. MonkeyPox is spread through direct close contact with individuals carrying the disease and also comes with the usual sickness symptoms, such as fever, fatigue and headaches.

With a rise of MonkeyPox cases throughout the United States, some students at Silver Creek are worried about the spread of the disease. Larry Lee, a freshman, comments, “Yeah man, I’m very worried. Because of the MonkeyPox, I’m gonna have rashes everywhere.”  In a survey done with 10 students more than half of the students said that they were worried about the new disease.

Although this happens when contracting the MonkeyPox, you can help yourself and others stay safe by avoiding skin to skin contact, as well as those with rashes or MonkeyPox-like symptoms. You can also reach out to their health care provider if believed to have been exposed to or have symptoms of the disease.

The disease might sound bad, but it really isn’t that deadly. Most people who contracted the virus only suffered mild symptoms, the death rate ranging from 1-3%.

Although the MonkeyPox might not sound that bad compared to the previous viruses, students and faculty members should still follow the safety guidelines in order to guarantee the safety of our community.