Launched in 2018, TESS is a sky-survey mission that looks for signs of exoplanets around bright stars. A TOI (TESS Object of Interest) is a star observed by TESS  that could potentially have a companion planet. TESS has found several exoplanets, however it has yet to find one similar to Earth. Recently, however, it found a star, TOI-1452, that shed light into a new discovery.

TOI-1452 is a red dwarf, the coolest and smallest type of star. It also turns out that it has a binary companion fifteen billion kilometers away.

TESS observations suggest that TOI-1452b has a diameter 1.67 times that of Earth. Planets with a diameter between one to two times the diameter of Earth are called super Earths. However, if they are even slightly larger, their atmosphere tends to be thicker like that of Neptune’s. Such planets are called mini-Neptunes. 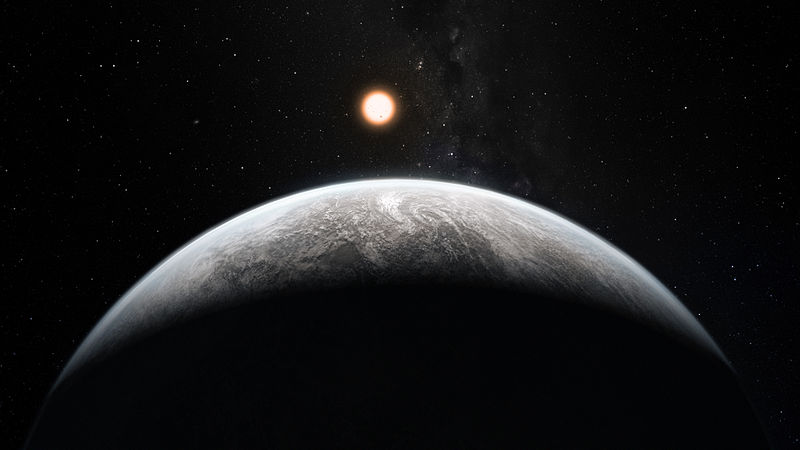 TESS measurements yield that the mass of TOI-1452b is between 3.5 to 6.1 times that of Earth. Using physical concepts like gravity tug and  determining the velocity of the star, allowed researchers to estimate TOI-1452b’s mass. The planet’s density was also measured to be between 5.6 times the density of water.

In addition, TESS measurements also found that 22% of the planet’s mass is composed of water. In contrast, Earth’s composition of water by mass is less than 1%. Furthermore, the planet’s temperature suggests that most of the water is in the form of liquid water. These findings point to one fact, TOI-1452b is a water world. But there is a catch, TOI-1452b is too far from its star to support any form of life. In addition, much is still unclear to make any conclusions.

Other models, however, indicate that there is far less water on TOI-1452b than Earth. Furthermore, the atmospheres are proposed to consist of hydrogen and helium.

Some researchers propose using the James Webb Space Telescope (JWST) to resolve this dilemma. During TOI-1452’s transit – when a planet passes between the star and observer – some of its light will pass through the atmosphere to us. The JWST can then identify different lights with different wavelengths. This same method was used with the planet WASP39b. The JWST found the atmosphere to consist almost solely of carbon dioxide (what humans exhale).

When asked about the recent discovery, an anonymous astronomy fanatic in Silver Creek exclaimed, “This is probably one of the coolest space discoveries ever! I am quite excited to see if other super-Earths are out there!”

The discovery is indeed quite unique. For decades, space agencies like NASA, ESA (European Space Agency), and ISRO (Indian Space Research Organization) have been searching for an Earth-like planet. This discovery is so special because TOI-1452b is the first water-supported exoplanet.

This discovery sets the stage for further research and exploration. The search for life will continue.