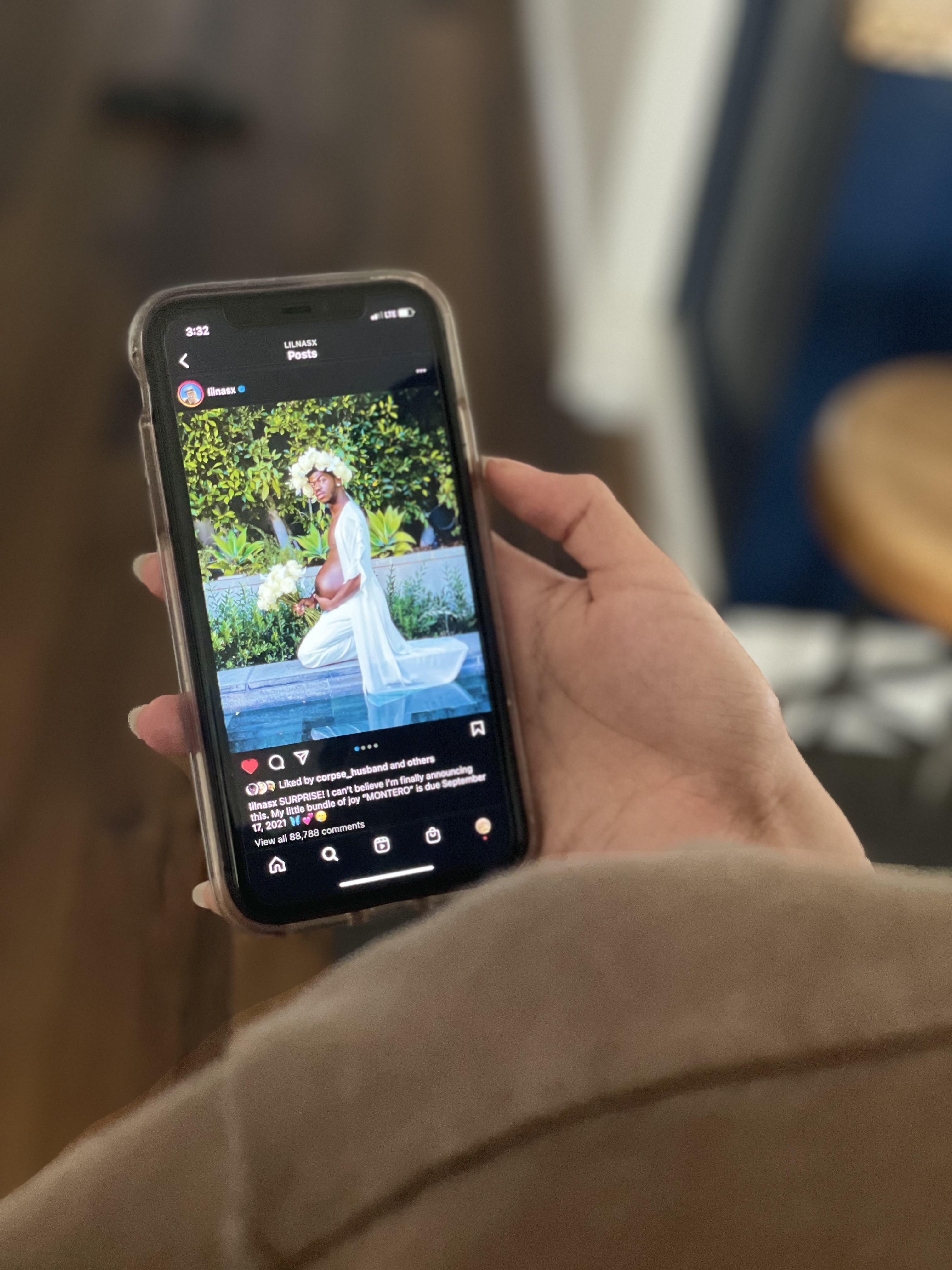 Lil Nas X posing with his baby bump by the pool. Photo taken by: Lara Agpoon