I really couldn’t think of any better idea than this. I apologize for everything. Anyway, I’m graduating, so might as well talk about some of my favorite anime girls that I’ve seen in all of my high school career, unless I become a super senior. Anyway, since humans are biased and my memory is like a goldfish, most of the characters here will mostly be recollections from senior year. I’m sure freshman, sophomore, and junior me would sorely be disappointed in me right now. It’s also a shame I can only pick 10, but it’s for the best, otherwise the list would be too long.

She’s one of my favorite characters from one of my favorite video game series, The Legend of Heroes. A JRPG series made by Falcom, I’ve played nearly every one of their games. Anyway, Altina is one of those characters that are super deadpan and lack a lot of ability to show emotions. Well throughout the games she’s in, her personality develops more and more, a very endearing character.

Fie is also another character from The Legend of Heroes. Her personality from the start is pretty lazy, the type of person who doesn’t give it their all at first, but she’s really charming at the same time. She likes to take naps at benches, and I vibe with that. Fie is also one of the characters with a real sense of humor, her dialogue in the game is great. 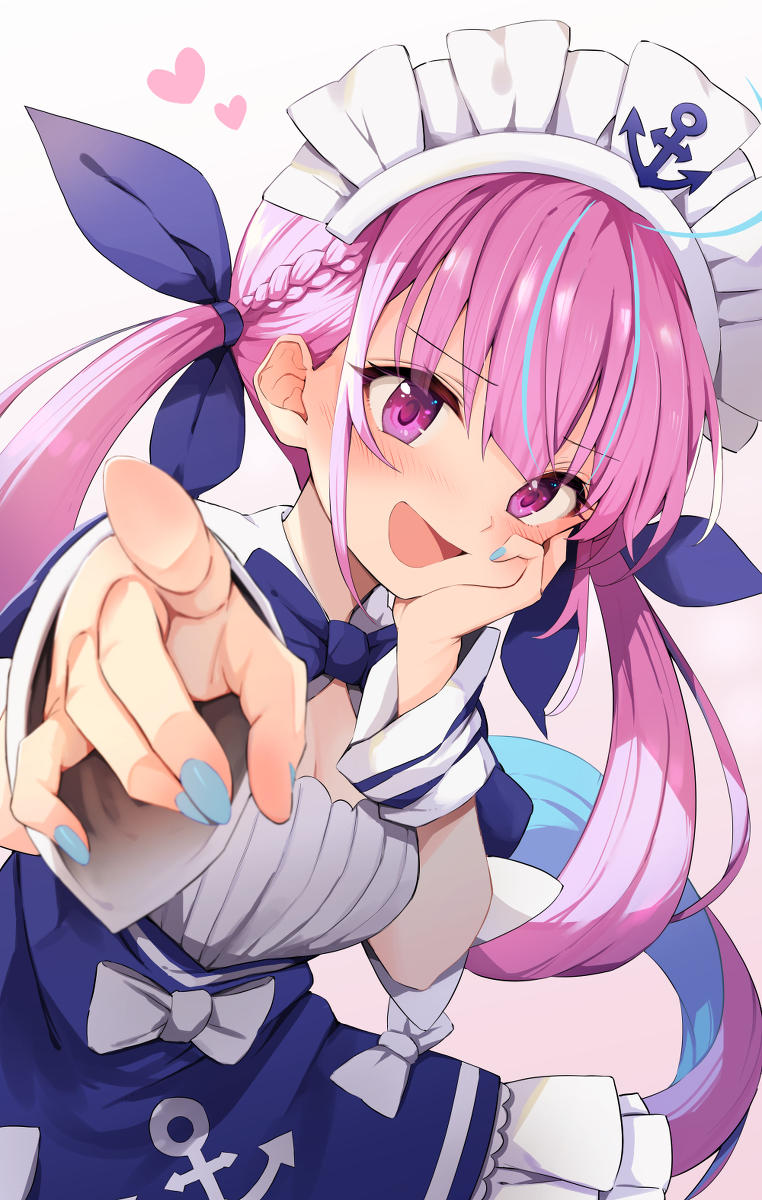 Aqua Minato is a Vtuber. My favorite one in fact. Unlike the other characters on this list, she’s an actual person behind an avatar, but she still counts right? Out of everyone on this list, Aqua is probably the one that’s impacted me the most. She’s good at video games, good at singing, good at being a comedian… and that’s pretty much it. But besides that, as a person, she’s really introverted and gets anxious when confronted with people she doesn’t know well. And that really struck a chord with me, because I used to be really like that, and somewhat still am. I’m still pretty introverted actually, but not very shy anymore. It just gets awkward because my conversation skills are zero. Anyway, what I’m trying to get at is that she’s a very hard worker. She makes attempts at getting better at everything she does, and that motivates me a lot. Aqua definitely serves as an inspiration for me. 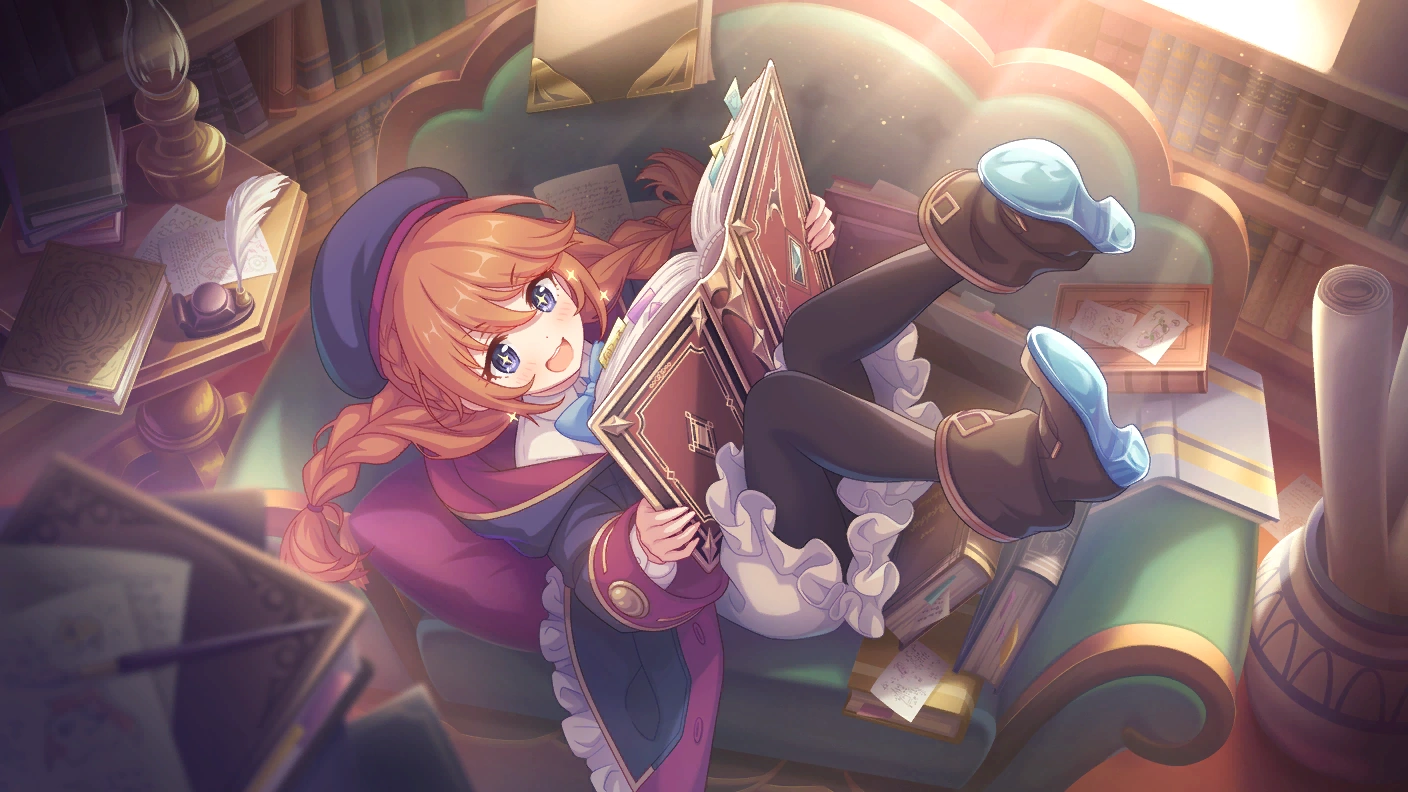 Yuni is from a Japanese mobile game, called Princess Connect. For being a mobile game, its story is pretty good. Anyway, Yuni is a really fun character. Despite being in high school, the way she speaks is a really elderly sophisticated tone. After all, she is a scholar. It makes for a very good contrast because she can be really sarcastic and comedic at times in a very deadpan tone. She’s very endearing in situations where things don’t go her way, and so she breaks out of the mold that she’s an intelligent scholar. Combined with the fact that she’s voiced by Konomi Kohara, the scenes in which Yuni appears are way too good.

M200 is from a Chinese mobile game, Girls’ Frontline. She is drawn by one of my favorite artists, DANGERDROP. They draw characters in a very cute style, but drops them in a very realistic evening setting. The contrast is super delicious. Anyway, not only is their artstyle completely my aesthetic, everything about M200’s design is completely my aesthetic. She wears a dress shirt with a black tie, coupled with a military jacket. To add further contrast, she wears a skirt and a pair of sneakers. Everything about her design just fits so well, it’s kinda crazy. To add more to M200’s charm, she likes to carry around a thick bag containing a bunch of tools. 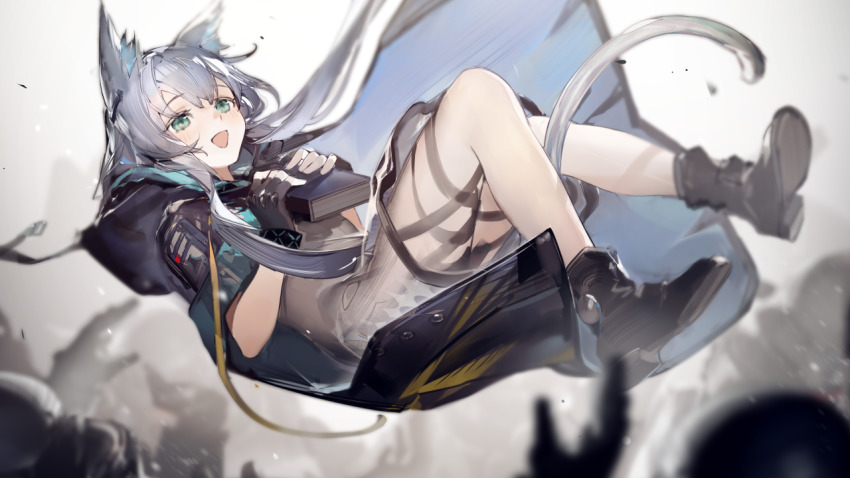 Rosmontis is from another Chinese mobile game called Arknights. She’s basically a cute cat girl. Her voice actor is Yui Ogura, one of my favorites. She voices a lot of other characters I consider my favorite. Anyway, Rosmontis is just naturally here because she has white hair, she’s absolutely a beautiful daughter and deserves to be protected, and also a cat girl.

Skadi is also from Arknights. She’s pretty much here because every ounce of her design just exudes cool. Also in the lore, she’s considered to be stupid crazy strong. She’s anti-social, but that’s because she doesn’t want to lose anybody who’s close to her. She’s that kind of character. 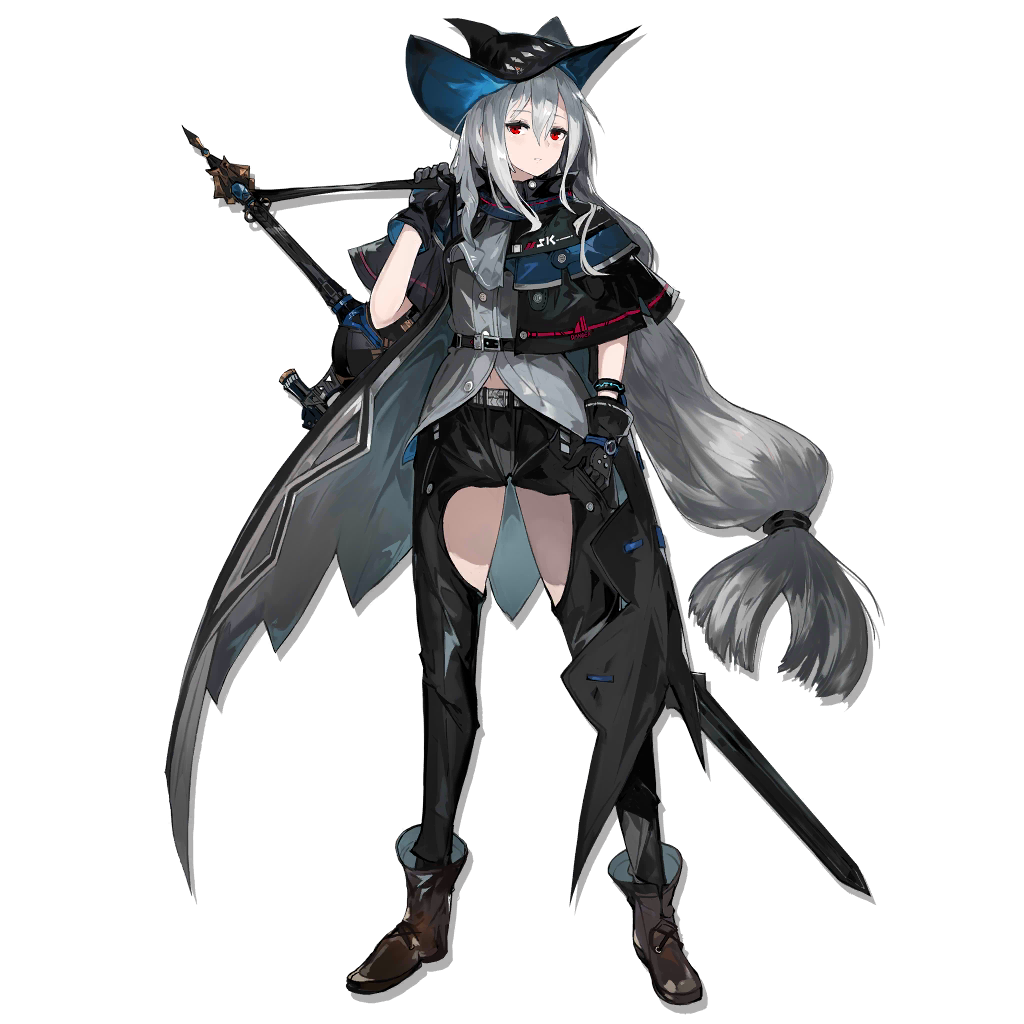 This is Hu Tao, she’s from the recent popular hit game, Genshin Impact. Obviously I gotta mention that she’s voiced by Rie Takahashi, my absolutely favorite voice actor. I could’ve filled this list with just characters voiced by Rie Takahashi, but I didn’t because that would be too easy. Anyway, Hu Tao is a super cute character, her design is really appealing. Her hat is fashionable, hair style is top tier stuff, and her pupils are flower shaped. Thunder is also from Girls’ Frontline, alongside M200. I like her a lot because of her design and character plot. Thunder is pretty of facial emotion, and always speaks with a neutral and calm voice. That doesn’t mean she doesn’t have emotions though, she merely expresses it via very powerful gun shots. It sounds pretty dumb, but also really cute. 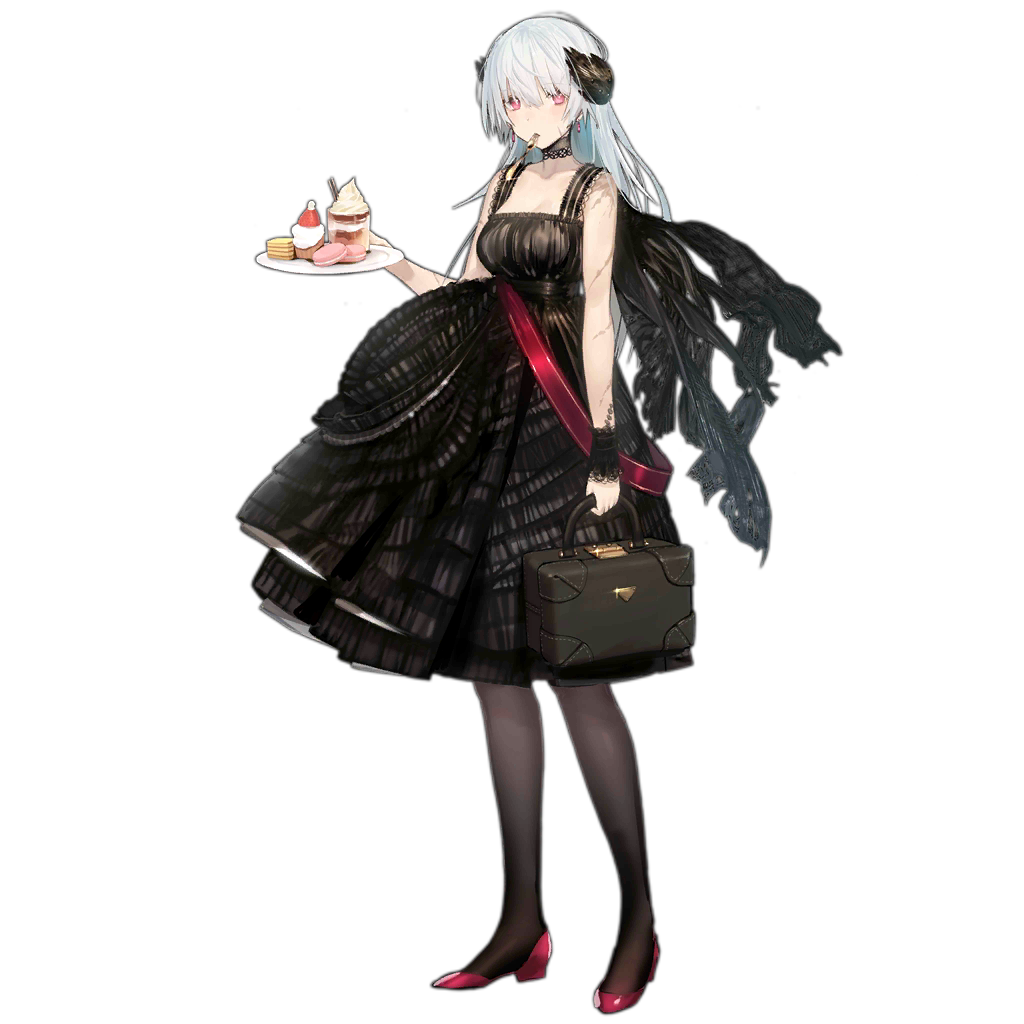 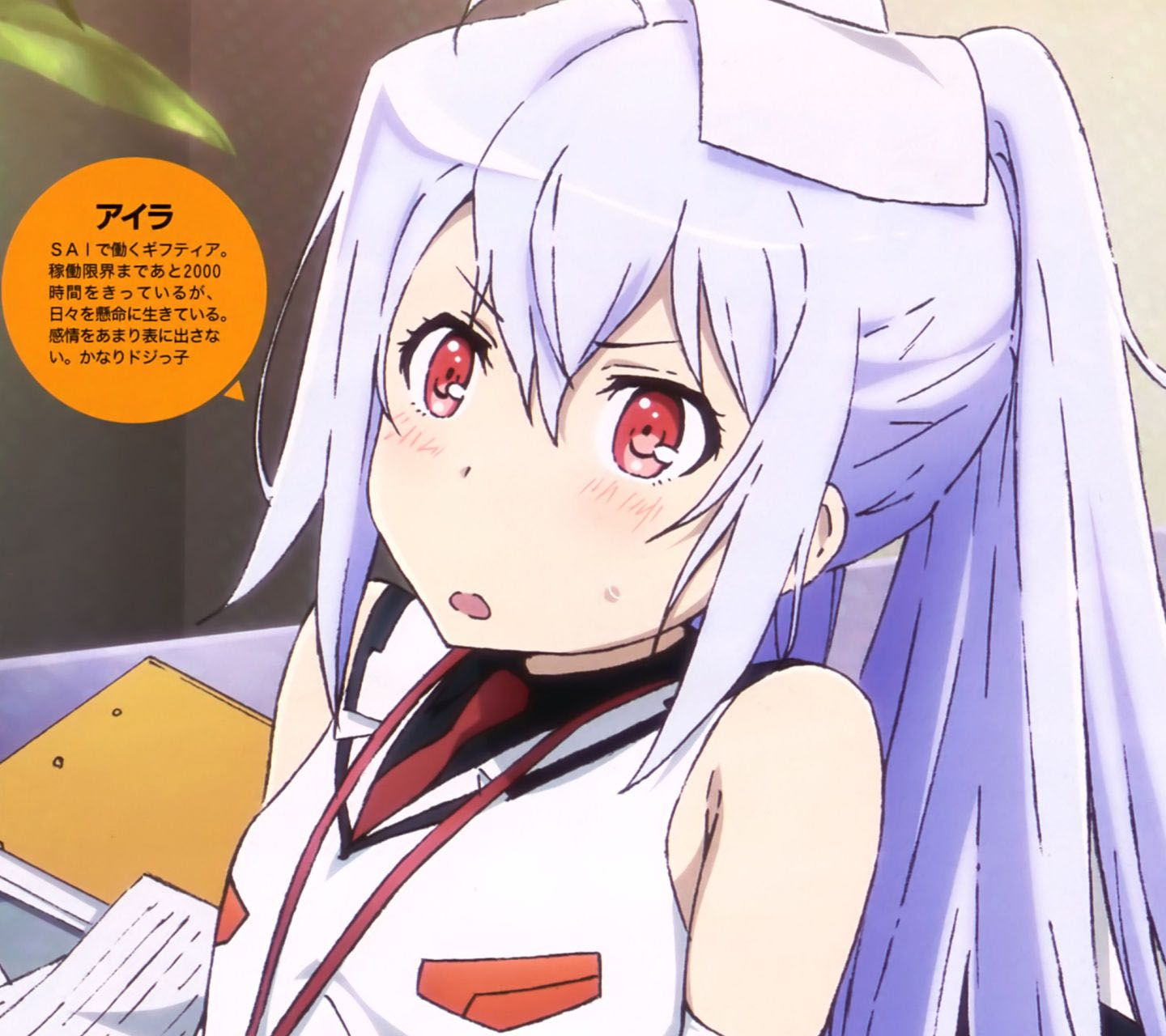 Surprisingly enough, the only anime girl on this list who’s technically an anime girl is Isla from Plastic Memories. Nearly everyone else is kinda from video games. Anyway she’s here because Plastic Memories is one of the few anime that’s actually been able to make me cry like a baby. The message the show entails is very beautiful and heartwarming. It sits just right with my idealistic and sensitive heart.

“I hope that someday, you’ll be reunited with the one you cherish.”