“Keep focused. In the world, it’s difficult to not get distracted and don’t be afraid to ask for help, sometimes people feel self-conscious and it’s nice to ask for help. -Joshua Orellana

Mr. Orellana is a dedicated English teacher who has taught at two different schools, here’s a little bit about him.

Mr. Orellana was born and raised in Compton. His home life was very religious and he lived with his two parents and his sister. His parents were very strict in terms of education and wanted him to become a doctor, but he had other plans. What got him started in teaching was how the teachers would treat students back in his high school years, “Growing up in Compton teachers didn’t care about students because of where we lived, I wanted to be a teacher and prove them wrong and be different for other students,” he stated. There are a lot of crimes and gangs in Compton, it’s considered “The Most Dangerous City in California ” due to its high violent crime rate. His inspirations are his mom and dad. “My parents for sure. Just seeing what they did and what they accomplished as immigrants to be able to give my sister and I a greater opportunity,” he said.

While attending The University of Santa Cruz , he experienced difficulties and challenges, “A lot was with being far from home, I’ve never been far from home . I was home sick. I also had to balance school and work, and I had to get used to Santa Cruz and its community’s lifestyle,” he said. Mr. Orellana has a quote that motivates him and it goes like this: “All is well, one must imagine Sisyphus happy.” Which means that there is no fate that cannot be summoned by scorn. You are not saddened by lack of meaning and hence you’re happy because you realise that. Mr. Orellana’s biggest struggles in life is trying to break the cultural stereotypes as a latino in Compton, going to college, and figuring out what it means to be a teacher.

We all have something to regret in life, the one thing you wish you could have changed in the past, “One regret would be my first 2 years in high school, I was a brat–I was not interested in school. I had gotten straight d’s and f’s in my freshman and sophomore year, I wish this because it could have led me to bigger colleges and probably would have lived a different life” said Mr Orellana. 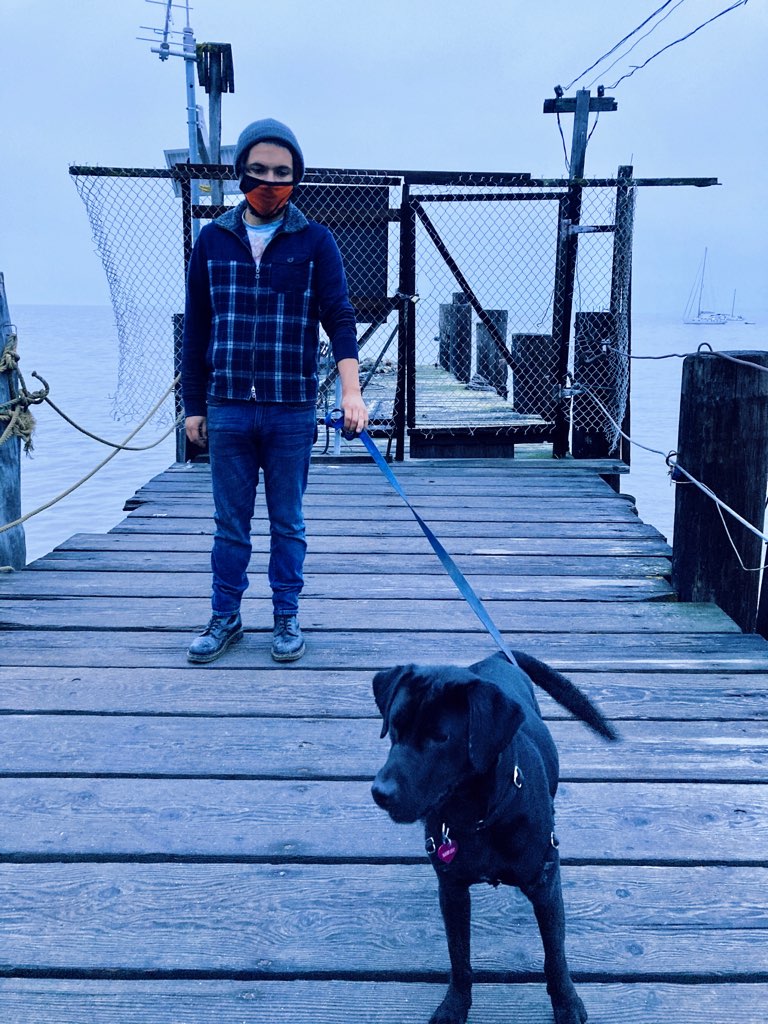 Due to covid, some people have new hobbies, well Mr Orellana had started and tried to crochet, but it only lasted 2-3 weeks because he said that it was too slow for him. But on the bright side he did learn a little bit about crochet. He also mentioned that he got better at making home cooked meals! Before covid he had (still has) hobbies that he would do on a regular basis. Mr Orellana likes to go rock climbing, surfing 2-3 times a week, mountain biking, he loves his truck and likes to make modifications to it. He also likes to play video games once in a while.

Not only does Mr. Orellana have a wide knowledge of English and but he also knows how to impart his knowledge to students in an interesting and easily understandable way. He makes learning English less difficult. That’s why many students, including myself, admire him and enjoy his English class so much. But, I admire him for not only his knowledge but also his personality. I have to say that, never have I met such an enthusiastic teacher like him.